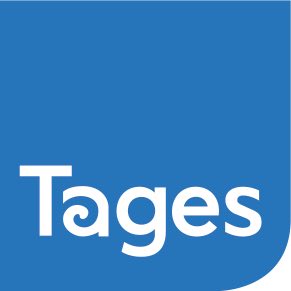 Tages Capital acquired the whole portfolio of Italian photovoltaic assets of NextEnergy Capital (see here a previous post by BeBeez). Tages purchased 105 plants with a power of 149 MW and received an acquisition financing facility of 240 million euros from Intesa Sanpaolo, Banco Santander and BPER Banca. Previous reports said that the portfolio is worth 420 millions.

BPER Banca will hold esclusive talks until 15 February, Tuesday, for the acquisition of  a 79.9% of Banca Carige from Italy’s Fitd (Interbanking fund for the deposits protection) (see here a previous post by BeBeez). BPER asked Fitd to carry on a recapitalization of Carige of 530 million euros. BPER previously tabled an unsuccessful bid for acquiring 80% of Carige from Fitd and a further 8.3% of the bank from Cassa Centrale Banca for one euro upon the condition that Fitd poured one billion in the target through a capital increse (See here a previous post by BeBeez).   Other bidders were said to be Crédit Agricole, Bnp Paribas and funds managed by Cerberus.

The volumes invested in private markets by Milan-listed asset manager Azimut group grew exponentially in 2021  as the segment has in fact more than doubled, with net inflows of 2.6 billion euros, reaching at the end of 2021 AuM of 4.6 billions versus 2 billions at the end of 2020 (see here a previous post by BeBeez).Their weight therefore rose from 4.3% to 8.2% of the total amount raised. Indeed, in 2021 Azimut recorded net inflows of 18.7 billions, thus reaching total assets of 83.2 billions, up + 38% compared to the end of 2020. We recall that in September 2019 Azimut announced to have set the goal of reaching 10 billion euros of AuM in the real economy within the next 5 years, equal to 15% of the assets managed, hinging on the Azimut Libera Impresa platform (see here a previous article by BeBeez). If the growth rate of the masses in private markets continues like this, then, at the end of 2024, the target will be even exceeded. Azimut has actually developed an integrated platform of products and services dedicated to entrepreneurs and SMEs on the one hand and investors and savers on the other hand  with the aim of creating investment products that allow not only customers with large assets, but even normal savers, to finance  SMEs and enjoy the high returns of unlisted alternative assets. It is no coincidence that since 2019 the group has launched an important education program for both its consultants and customers, also crowned by the publication of the the Italian-written book L’arte di fare impresa. Come e perché investire in economia reale (The art of doing business. How and why to invest in the real economy), signed by Paolo Martini, ceo and general manager of Azimut Holding, and we are pleased to say that BeBeez acted as editorial partner and data supplier.

Plurima, an Italian provider of logistic services in outsourcing for the pharmaceutical sector that the Marconi Family controls, attracted the attention of Milan-listed Poste Italiane for a majority stake (See here a previous post by BeBeez). Siparex acquired a 31% in early 2019 and would sell its holding in the business wholly worth 100 million euros. Vitale is the advisoro of Plurima who is also of interest to Chequers Capital, Clessidra, Iter Capital, Fondo Italiano d’Investimento, and Nextalia. The company has sales of 38.6 million euros, an ebitda of 5.6 million and a net financial debt of 1.5 million.

F2i sgr has reached a second closing for its Fund V, named Fondo Infrastrutture Sostenibili, focusing on equity investments in sustainable infrastructures and aiming at raising a total of 1.5 billion euros in committements. Dimensions of the second closing were not disclosed but it is instead known that the new comittments came from Cdp Equity, the investment branch of  the Italian National Promotional Institution Cassa Depositi e Prestiti (see here a previous post by BeBeez).  The first closing had reached 900 millions in committements.

Mandarin Capital Partners received non-binding offers for the sale of Italcer, an Italian buy and build platform for the tyle sector (see here a previous post by BeBeez). Italcer has sales of 152.3 million euros (80% abroad), an ebitda of 18.4 million and a net financial debt of 123.1 million.

Massimo Candela, the main shareholder and ceo of Milan-listed Fila – Fabbrica Italiana Lapis ed Affini, an Italian stationery producer, acquired the stake in Fila’s parent company that his sister Simona Candela sold to Blue Skye in 2018 (see here a previous post by BeBeez). Amber Capital supported the company’s ceo for acquiring the stake corresponding to a 20.5% stake of Fila that at market price is worth little above 87 milliona. Fila has sales of 608 million, an ebitda of 95 million and a net financial debt of 493.5 million.

Specchiasol, an Italian producer of food integrators, medical devices and cosmetics that belongs to White Bridge Investments since 2020, acquired a controlling stake in Farma Derma, a manufacturer of health-care items (See here a previous post by BeBeez). Farma Derma’s founders Vincenzo Russo, Valeria Russo and Giulia Canzano will keep a relevant stake in the firm and their operative roles. Giuseppe Giorgini, the ceo of Specchiasol, will head the merged companies. Farma-Derma has sales of 36 million euros, an ebitda of 14.5 million and net cash of 28 million.

CRIF, an Italian provider of business intelligence and credit information services and of digital solutions for open banking, acquired 73% of Dublin-based competitor HPI (Hire Purchase Information) (see here a previous post by BeBeez). CRIF has sales of 567 million euros and an ebitda of 26 million.

Engineering Ingegneria Informatica, an IT company that belongs to Bain Capital, NB Renaissance and NB Aurora, acquired US competitor Movilitas from Oliver Hehl and Keystone Capital, who integrated the company with its portfolio asset Peak-Ryzex (see here a previous post by BeBeez). By 2026, Engineering aims to generate sales of above 200 million euros.

Gesa and Mir Capital (a Russian-Italian fund in which invested Intesa Sanpaolo and Gazprombank) acquired a controlling stake of Italy’s pizzerias chain Fra Diavolo from the founder Mauro D’Errico and Gianluca Lotta who will keep their operative roles (see here a previous post by BeBeez). The vendors said that the company would invest the sale proceeds in opening other restaurants.

Marelli, an industrial company that belongs to KKR, hired David Slump as ceo and replace Beda Bolzenius in the role (see here a previous post by BeBeez). Marelli has sales of 10.4 billion euros and is reportedly sounding the ground for the sale of its suspensions division that has sales of 900 millions. Slump will be in charge of a restructuring plan for the group.