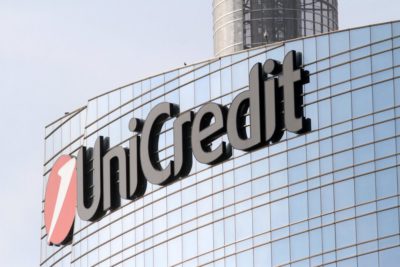 On 16 June, Thursday, UniCredit announced the sale of a 1.1 billion euros NPLs secured and unsecured through Itaca spv (see here a previous post by BeBeez). The senior tranche of the securitization will ask for the GACS warranty. Itaca issued senior notes worth 125 million (Baa2 from Moody’s and BBB from Scope). The bank received a binding offer for 95% of the 26 million euro mezzanine and 6 million euro junior notes. Unicredit will retain 5% as originator.

BCMGlobal, an European credit manager, signed a partnership with the Italian subsidiary of Sweden’s Albatris and Three Line Capital  (see here a previous post by BeBeez). The three firms aim to invest up to 100 million euros in Italian NPLs and UTPs that have the warranties of real estate assets. Such a partnership helped BCMGlobal to acquire a portfolio of NPEs from an undisclosed European investor. Simon Fitness is the ceo of BCMGlobal Ireland and Italy.

On Monday 20 June, 66.5% of the creditors of Moby, a troubled Italian shipping company that the Onorato family controls, accepted the receivership plan that the firm shared in May (see here a previous post by BeBeez). In mid-June, most of the investors in the company’s 300 million euros bond maturing in 2023 with a 7.75% coupon. MSC, a shipping company that belongs to Gianluigi Aponte, will acquire 25% of Moby after having poured 81 million into a capital increase of the firm. MSC will pour 22 million in cash and 59 million as a supersenior pre-deductible facility for CIN, which will invest such proceeds in paying the acquisition of Tirrenia that will receive 23 million from ShipCo. This special purpose vehicle belongs to Moby’s lenders and bondholders. After such transactions, Moby will complete the payment for the acquisition of Tirrenia that will have cashed a total of 82 million.

Milan-listed Enertronica Santerno, a power electronics company, said it accepted the binding offer of restructuring investor Oxy Capital Italia (see here a previous post by BeBeez). The fund will provide debt facilities of up to 22 million euros with the support of an undisclosed lender bank and will sign a closing by July 2022. However, Santerno will not delist even though Borsa Italiana decided to suspend from trading the company’s shares. NTS di Vito Nardi, Carraro International will transfer 57.85% of the company in a newco that will also have the 6.65 million credits of Carraro International, Carraro and NTS of Enertronica Santerno. Oxy will own 60% of this vehicle. Enertronica Santerno has sales of 35.5 million, ebitda of 0.4 million and net debt of 35.8 million.

Milan-listed ITway, a cybersecurity, AI and big data company, closed one year earlier than scheduled the recovery agreement that signed at the end of 2020 with Mercatoria, the company’s creditor and sub-servicer of Socrate spv (See here a previous post by BeBeez). Sources said to BeBeez that P&G subscribed Socrate’s securitization notes. Stefano Lorusso, is the ceo of Mercatoria. In addition, ITway received a 1.1 million euros intragroup loan from its subsidiary 4Science. ITway, which has a market capitalization in the region of 15.7 million. Giovanni Andrea Farina, the company’s ceo, said that he could consider acquisitions

Rummo, the Italian iconic maker of high-end pasta born in Benevento in 1846, received from Banco BPM a 5-year financing facility of 42 million euros (see here a previous post by BeBeez). The company will invest the raised proceeds in refinancing the banking resources it borrowed in October 2015 after a flood blocked the production activities. Studio Legale Carnelutti assisted Banco BPM, while Studio legale Bordiga Xerri advised the company. In 2016, Rummo generated sales of 59.4 million, an ebitda of minus 1.4 million and an above 54 million net financial debt. In 2021, the company had a turnover of 122.6 million, an ebitda of 12.2 million and debt of little more than 30 million.

Davis & Morgan, a merchant bank for NPL investing that Andrea Bertoni (ceo) founded, issued an up to 2 million euros Milan-listed bond (see here a previous post by BeBeez). The bond will mature on 21 June 2027 and will pay a fixed rate coupon of 7%. Davis has a brokerage margin of 4.2 million and profits of 2.3 million.

Credimi carried on a 26.6 million euros securitization that Mediocredito Centrale subscribed for 25 million. Credimi invested 1.6 million in the transaction aimed at financing SMEs based in the Southern Italian regions of Abruzzo, Basilicata, Calabry, Campania, Molise, Apulia, Sardinia, and Sicily with loans with the warranty of Fondo di garanzia per le pmi – MCC (see here a previous post by BeBeez). Since 2016, Credimi issued more than 2.1 billion financing facilities for Italian SMEs. P2P Market Data says that the firm is one of the main players in Europe and the biggest in Italy (see also here Fintech platforms BeBeez Report 2021, available for the subscribers to BeBeez News Premium and BeBeez Private Data, the Database that BeBeez developed with support of FSI)

SP spa, an Italian rice producer, placed a 5 million euros minibond through Azimut Direct, the fintech platform of Milan-listed Azimut (see here a previous post by BeBeez). An undisclosed institutional investor subscribed to the 6-year bond for which Banca Finint acted as paying and issuing agent and Gatti Pavesi Bianchi Ludovici as transaction counsel. The company will invest the raised resources in its international expansion, working capital and supply chain. Maria Grazia Tagliabue and Patrizia Scalafiotti are the chairwoman and ceo of SP which has sales in the region of 50 million.

Epico (Energy Production Industry Company), the investment holding that belongs to the eponymous renewable energy company, issued a Milan-listed minibond of 6.25 million euros maturing on 31 December 2026 and with a 4.5% coupon (See here a previous post by BeBeez). SACE provided the warranty for the bond. Epico evenly belongs to Flavio and Valerio Andreoli Bonazzi and has sales of 11.8 million (9.6 million in 2020), 5.2 million (3.7 million) and a net financial debt of 23.6  million (23.3 million).

Telecontrol Vigilanza, an Italian security company, issued a 5 million euros senior minibond that Tenax Capital Limited and other investors subscribed (see here a previous post by BeBeez). The company will invest these proceeds in its digitization strategy and organic development.

Venice football club Venezia FC attracted more than 1.5 million euros from priority investors that poured resources in Venezia FC Bond, a liability placed on crowdfunding platform Tifosy (see here a previous post by BeBeez). The priority investors pre-registered on the platform on 24 May, Tuesday, and gained a priority access to the subscription of the bond that will close on 7 July, Thursday. Venezia FC Bond pays a fixed rate of 7.5% and will mature in five years. The issuant will pay investors a one off 15% bonus if the Club will be promoted in Serie A before the maturity of the bond. The least investment ticket is of 1,000 euros. Investors can increase their exposure by pouring instalments of further 1,000 euros. Venezia FC will invest the raised proceeds in the development of training centres. Duncan Niederauer is the chairman of Venezia. Fausto Zanetton and Gianluca Vialli founded Tifosy in 2015. The platform received the operational authorization from UK stock market regulator FCA.

Syrma Capital and its subsidiary Simple, two firms that Francesco Iorio and Gianni Mion created for providing Italian SMEs with credit advisory, are reviewing several dossiers (see here a previous post by BeBeez). Iorio said to BeBeez that he expects to increase the number of Italian smes in special situations. Furthermore, Iorio and Mion will also invest their resources in equity and debt transactions. Syrma Capital belongs to Iorio (31.5%), Lorenzo Pietro Romani (29.2%), Parente & Partners (29.2%) and Mion (10%).

Silver Lake Enters Into Definitive Agreement to Acquire a Majority Stake in Facile.it from EQT and Oakley Capital to Support Management in the Next Phase of Growth, Making Facile Italy’s Second Unicorn