Pemberton will lead private debt package for Clessidra’s buyout of Impresoft. Meanwhile it wins Private Debt Investor’s Deal of the year Europe for structuring and subscribing the ReLife bond 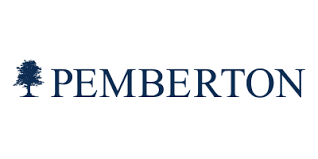 An English version will be available soon

Pemberton Asset Management has signed the agreement for the financing of the acquisition of Impresoft, a technology hub born in November 2019 from the merger of 4ward, Brainware, Formula Group, Impresoft and Qualitas Informatica. The acquisition was announced last December by Clessidra fund (see here a previous article by BeBeez) but the financing structure had not been disclosed. The deal and the financing, according to BeBeez, should close shortly. We recall that the stake will be sold by fund VII of Xenon Private Equity, while the key managers of Impresoft, largely founders of the group, will work alongside Clessidra, co-investing with a significant stake in the group and that Italmobiliare will also participate in the operation as a co-investor.

For Pemberton, this is only the latest in a rich series of deals in Italy and with one of these it was also awarded the Deal of the year Europe award in recent days by the well-known specialist magazine Private Debt Investor (see here the press release). The deal in question is the one on ReLife Group, a leading group on the national territory for the management of the entire process of enhancing the differentiated waste collection, which in fact issued a bond of 265 million euros, which was signed in July 2021. entirely by Pemberton (see here a previous article by BeBeez). The proceeds from the bond were intended in part to finance the purchase of 100% of General Packaging, one of the main Italian companies in the production of corrugated cardboard sheets and boxes, made for over 80% from recycled paper, and of the Plastipoliver group , specialized in the recovery and treatment of plastic materials (see here a previous article by BeBeez). The remaining part of the proceeds from the bond will instead be made available to the ReLife group to finance further acquisitions in the world of the circular economy. A distinctive feature of the bond is that it has been structured with a portability clause that allows the bond to remain in existence even in the event of a change in control of the group. In fact, a few days ago the bond issue was announced the sale of the control of the ReLife group to F2i sgr, with the Sustainable Infrastructure Fund which acquired 70% of the capital of ReLife and with the Xenon Private Equity fund and the historical operating shareholders who they reinvested for a minority (see here a previous article by BeBeez).

Pemberton is headquartered in London, but also has offices in Frankfurt, Amsterdam, Milan, Madrid and Luxembourg. The Italian activities are coordinated from Milan by the senior advisor Francesco Di Trapani. In particular, in 2021 Pemberton invested a total of 650 million in 5 different operations: in addition to ReLife and Impresoft, the fund last October also financed the vehicle with which HIG Capital acquired control of Cesar di Barbarossa Enio e F .lli srl, SDA Group srl Servizi Distribuzione Associati (SDA) and VDM, the main shareholders of Acqua e Sapone srl, the largest Italian chain of personal hygiene, perfumery and home cleaning; it also conducted two add-on financing. One concerns OCS, a leader in the supply of specialized information systems for consumer credit and retail banking, to finance the acquisitions of Redo and Risorsa 400, carried out in December and July 2021 respectively (see here a previous article by BeBeez). While Pemberton had financed OCS for the first time on the occasion of the buyout by the Charme III fund, managed by Charme sgr, in March 2018 (see here a previous article by BeBeez). The other add-on financing, on the other hand, concerned Italcer, the holding of Italcer ceramics, set up by Mandarin Capital Partners sgr (MCP) through its MCP II fund as an aggregation pole of high-end ceramic companies. Pemberton’s intervention served to finance the acquisition of Equipe in Spain in March 2021 (see here a previous article by BeBeez). Pemberton had financed Italcer for the first time in October 2018 on the occasion of the acquisition of 100% of Rondine Group spa. The transaction also involved Capital Dynamics, the French fund Idinvest and the German fund HQ Capita as co-investors in Italcer (see here a previous article by BeBeez). Previously in Italy Pemberton had also invested in the debt of Dental Pro, Eco EridaniaandIsoclima.

Pemberton Asset Management is one of the investors monitored by BeBeez Private Data,BeBeez’s private capital database, developed in collaboration with FSI
Click here to subscribe