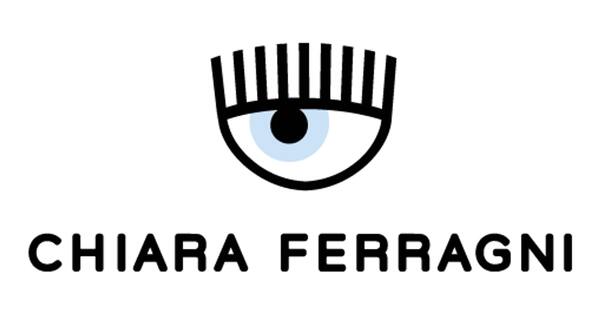 Italian influencer Chiara Ferragni hired Bnp Paribas for finding an investor (see here a previous post by BeBeez). The financial partner should support the development of Chiara Ferragni Collection, a fashion and stationery brand that places its licences through Fenice (fka Serendipity),a vehicle that belongs to Ferragni (32.5%) Paolo Barletta (40%), Nicola Bulgari (13.75%), and the Families Barindelli and Morgese (13.75%). Fenice has sales of 26 million euros (4.6 million, +300% from the royalties). In 2020 the company generated revenues of 1.2 million with an ebitda of minus 0.5 million and a net financial debt of 0.3 million. In 2022, Fenice expects sales of 61 million (12.5 million, +172 % from royalties) and an ebitda of 2.4 million.

On 21 January, Friday, Blackstone closed its public offer on Reale Compagnia Italiana, a real estate asset manager that owns 13 trophy assets in Milan and 1 in Turin (see here a previous post by BeBeez). Blackstone previously acquired 69.78% of the target and later made a public offer of 0.152 million euros per share. The buyer will finance the transaction with credit lines, its own resources and through the launch of a capital increase.

ABN Amro hired Rothschild and L&B Partners for selling 18 photovoltaic plants with a power of 34 MW (see here a previous post by BeBeez).

Norway’s Vår Energi, a hydrocarbon exploration and production firm born in 2018 out of the merger of Eni Norge (part of Eni) and Point Resources (a portfolio company of HitecVision), filed for an IPO on Oslo market (See here a previous post by BeBeez). Var belongs to Eni (69.85%) and HitecVision (30.15%). In 2019 the company acquired the upstream unit of Exxon Mobil in Norway for 4.5 billion US Dollars. The IPO is part of Eni’s strategy aimed at raising resources for acceleration towards the energetic transition. Eni will keep a majority of the company after the listing.

Permira and Abu Dhabi Investment Authority (ADIA) acquired 65%-70% of Kedrion, an Italian producer of emoderivatives, from the Marcucci Family, FSI Investimenti ( a joint venture of which Cdp Equity has 77.1% and Kuwait Invesmtent Authority has 22.9%) and FSI (See here a previous post by BeBeez). Sources said to BeBeez that Kedrion is worth an enterprise value in the region of 2 billion euros and an equity value of 1.3 – 1.5 billion. The Marcucci Family will have 17% of Kedrion, while FSI will keep a 13%. Cdp Equity signed an option for acquiring a 5%.

Gilde Private Equity is close to launching a public offer on Italian fintech TAS ahead of a delisting from Milan market (see here a previous post by BeBeez).The fund actually finalized a previous deal as announced last October 2021 and  paid 134.5 million euros for 73% of TAS from major shareholders. The fund will make an offer of 2.20 euros per share for 21.04% of the target. In 3Q21, TAS generated sales of 43.8  million (+8.7% from 40.3 million in 3Q20), an ebitda of 8.1 million (7.3 million) and net cash of 5.5 million.

Koinos Capital, a private equity that brothers Aldo and Beppe Fumagalli control, the former owners of Candy, appointed Andrea Munari as member of the Board with specific tasks national and international development. Mr. Munari will also be a shareholder in the management company once Bank of Italy will give its go ahead (see here a previous post by BeBeez). Munari (59) previously worked as ceo of Credito Fondiario, as coo of Banca IMI, managing director of Morgan Stanley of Barclays Capital, and as ceo of BNL BNP Paribas in 2015 – 2021. Munari will keep his role of chairman of BNL after receiving the authorization of Banca d’Italia.

Herbex, an Italian producer and distributor of fresh herbs that belongs to Spain’s Nazca Capital since 2018, acquired the majority of Italian competitor Magnani from the eponymous family that will keep its management role (see here a previous post by BeBeez). Nazca Capital and Herbex founder Jaime Visquert financed the transaction through the launch of a capital increase. Magnani has sales of 9 million euros. Herbex has revenues of more than 60 million (75% abroad).

Green Arrow Capital (Gac) signed an agreement with Progressum Energy Developments to invest more than 400 million euros in Spain for the production of renewable energy for a total power of 508 MW (See here a previous post by BeBeez). In December 2020, Gac reached its first fundraising closing of 140 million.

TeamSystem, an Italian publisher of management software that belongs to Hellman&Friedman and Hg Capital, acquired Sedas’ unit for the distribution of software solutions and related professional services, from Claps, Rocco Lo Pomo and Emanuele Palumbo (see here a previous post by BeBeez). Sedas has sales of 2.8 million euros and an ebitda of 0.549 million.

Engineering Ingegneria Informatica, an Italian IT company that belongs to Bain Capital, NB Renaissance and NB Aurora, raised to 100% its holding in Cybertech, an Italian cybersecurity firm of which purchased a 51% in 2019 (see here a previous post by BeBeez). The target’s founder Roberto Mignemi sold 49% of the business. Fabio Momola, the coo of Engineering, will be the ceo of Cybertech who has sales of 29 million euros. In 2020, the company generated revenues of 19.3 million, an ebitda of 0.102 million and net cash of 0.304 million.

Next Holding (the family office of Andrea Manganelli) and Sici acquired a minority of F.A. Group, an Italian producer of automotive components, through the subscription of a capital increase (see here a previous post by BeBeez). Alvano Bacchi will keep the majority and the chairmanship of F.A. Group who hired Deloitte as advisor.

Rigoni di Asiago, and Italian food company, acquired Saveurs & Nature, a French producer of organic chocolate, from Jean Michel Mortreau and Valerie Mortreau (see here a previous post by BeBeez). Crédit Agricole FriulAdria financed the transaction with an ESG-linked loan. Rigoni di Asiago belongs to Andrea Rigoni (57.3%) and to Kharis Capital (42.7% since June 2018 after having purchased 35.55% from Fondo Italiano di Investimento and having subscribed a 10 million capital increase). The company has sales of 130.4 million euros, an ebitda of 16.8 million and a net financial debt of 23.6 million.

Credito Fondiario acquired Fivesixty, a consulting firm with a focus on financing facilities with the warranty of Fondo Centrale di Garanzia and Sace (see here a previous post by BeBeez). Former bankers Gianni Coriani, Massimo Minolfi, Luca Reverberi, Roberto Sidoti, Luigi Moncada, and Mario PIccioni sold the asset. Credito Fondiario appointed Coriani and Minolfi as senior advisor and Reverberi as the head of the financing division. This is the second acquisition made in a few weeks by Credito Fondiario, the new SME’s focused bank that was born last year from a spin-off of Credito Fondiario group’s previous credit and investment management activity focused on distressed assets and NPLs, now operated by new born Gardant group. Actualy Credito Fondiario has bought Fifty, a fintech platform focused on invoice financing.

Industrial Flow Solutions, an Italian provider of solutions for industrial pumping of which May River Capital owns a controlling stake, acquired Dreno Pompe, an Italian producer of submersible electric pumps (see here a previous post by BeBeez). Translink advised the target who has sales of above 6 million euros (80% abroad) and an ebitda of more than 40%. May River Capital, based in Chicago, has assets under management of 485 million US Dollars.

More details are showing about a private equity deal on Italy’s super-influencer Chiara Ferragni fashion activity. On sale a 66% stake of herCollection